Another Inmate Death Linked to COVID-19 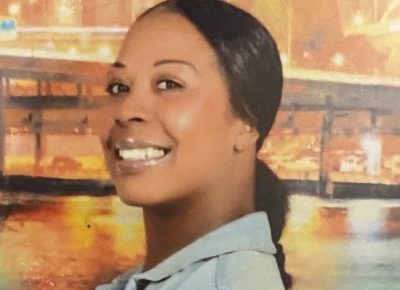 Tiffany Mofield’s family, including her parents and children, are mourning her death on April 29th at New Jersey’s Edna Mahan Correctional Facility For Women and now taking legal action to find out why she was not hospitalized despite her prolonged and severe respiratory distress, and to help prevent other tragedies at the prison, according to Oliver T. Barry, the family’s attorney.

Attorney Barry, a partner with Barry, Corrado, Grassi., yesterday filed a Petition (Estate of Tiffany Mofield et al. v. State of New Jersey Department of Corrections, University Correctional Healthcare et al., HNT-T-178-20) in New Jersey Superior Court on behalf of Ms. Mofield’s estate seeking the release of information related to the death of the 43-year-old Salem County resident. Mr. Barry explained that the Mofield family’s first priority is to find out exactly how and why Ms. Mofield died in custody, noting that it has received no such information from prison officials.

According to the pre-suit filing, for weeks prior to her death Ms. Mofield displayed numerous symptoms associated with COVID-19, including extreme fatigue and respiratory distress. Instead of being hospitalized, she was briefly quarantined in the prison infirmary where she was provided an over-the-counter inhaler and cold medicine. Then, despite continuing respiratory distress, she was returned to the general population. She is believed to have collapsed on April 29th, shortly before she died within the facility.

“When they contacted the prison, the Mofield family was led to believe Tiffany was getting medical care at a local hospital, not being treated as if she had a mild cold or headache,” explained Mr. Barry, “and they learned only after she died that Tiffany was never hospitalized. We have requested a hearing before the Court on June 5th and will do everything possible to learn why Tiffany Mofield died and help prevent future deaths at Edna Mahan.” He explained that Rutgers Correctional Healthcare is a named defendant in the filing because it provides prison health services at Edna Mahan.

Shatifia Cooke, Ms. Mofield’s daughter and a plaintiff in the filing, said, “We want to know what happened. I feel like my mother was crying out for help and instead of being taken to a hospital, she was just ignored.”