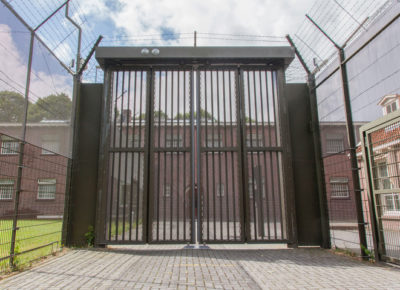 Former and current inmates at the Edna Mahan Correctional Facility For Women (EMCFW), New Jersey’s only women’s prison, and for years the site of rampant sexual discrimination, abuse and retaliation, have achieved a significant victory in their legal battle for class-action certification and reform at the notorious Hunterdon County facility. The trial court, in a just unsealed opinion, found that the Plaintiffs satisfy the requirements for class-action treatment, stating “all parties will ultimately benefit” from consolidation of claims rather than holding individual trials. The court stopped short of formally certifying the class, seeking direction from the appeals court.

Following the unsealed July 20, 2020, opinion of the Appellate Division, Hunterdon County New Jersey Superior Court Judge Michael F. O’Neill, reversed an earlier decision in the case of the court in Brown et al. v. NJ DOC HNT-L-19, Civil Docket and indicated that the plaintiffs have met the class-action standard to address systemic problems at the prison. Previously, following argument on the plaintiff’s appeal of the prior class-action denial, the appellate court had remanded the case to the trial court to evaluate the requirements for class certification as well as the recently released Department of Justice (DOJ) independent report finding that sexual abuse had been a longstanding problem at the prison that the administration had failed to address.

In its opinion and order remanding the case for reconsideration, the court repeatedly cited the April 2020 DOJ Report . “The overriding claim sought to be addressed is the hostile living environment that is alleged to have pervaded at Edna Mahan for decades. The DOJ Report cited multiple examples of investigations, convictions, guilty pleas, etc. that are corroborative of the allegations supporting that overriding claim.” It added, “To require inmates to file individual lawsuits seeking to end the alleged toxic atmosphere at Edna Mahan would be impractical, and economically unfeasible, to say the least.”

The class action complaint was filed in 2017 on behalf of then long-term inmates Marianne Brown and Judith Vasquez, and alleged “decades of inappropriate sexual relationships, verbal and physical harassment, rampant discrimination, and widespread assault at EMCFW, creating a hostile environment based on the gender of plaintiffs, and similarly situated inmates.”. The complaint, filed in Superior Court, Hunterdon County, asserted that inmates were subjected to “systematic, inappropriate and illegal treatment” resulting from “a long-standing, prison-wide culture of abuse within the institution. ” And that such an environment has a harmful effect on every women who is immersed in it, not merely those who are the direct victims of sexual assault.

Oliver Barry, Frank Corrado, Martin Schrama, and Stefanie Colella-Walsh – attorneys for the plaintiffs – stated that this decision, “Represents an important step towards addressing the problems at the prison that permitted predatory corrections officers to operate unchecked for years.” However, they cautioned, “The work is not done until the broken policies and culture at the facility are fixed and until the women subjected to this toxic and abusive environment are compensated for the damage it wrought.” The case is currently before the appeals court for further direction.