The Death of He v. Miller

This Monday September 19, 2016, in the case of Ramon Cuevas v. Wentworth Group, the New Jersey Supreme Court reversed course on permitting judges to decide motions for addittur and remittitur based on their feelings and experience with other cases.  This is a big deal and a very good decision. 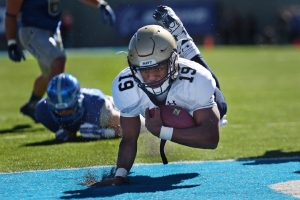 So, what exactly are additur and remittitur?To help explain why, consider the following example. Picture that your favorite NFL team is playing in the Superbowl.  They are clearly the underdogs throughout the game but fight and scrap to keep it close throughout. Then, right before time runs out they score a touchdown on a 100 to 1 odds Hail-Mary pass to win the game!

Next imagine that the commissioner of the league, Roger Goodell, changed the score because he had a feeling that the game should have turned out differently.  And it was completely within his power to do so. 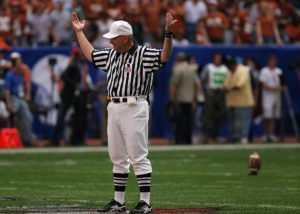 It sounds ridiculous when you think about it, right?  In the context of legal disputes, the New Jersey Supreme Court held that trial judges could do just that in the 2009 decision in the case of Ming Yu He v. Miller.

In the legal world, after a jury has reached a money verdict in a civil case the parties have the power to ask the judge to reduce or increase the verdict.  This is called additur and remittitur.  Jury verdicts are given a lot of deference and weight and traditionally these requests were only granted in the rarest of circumstances when the a verdict was so out of proportion to what happened that it “shocked the conscience.”

In the 2009 He v. Miller case, the New Jersey Supreme Court instructed judges to, among other things, rely on their experience as a judge and attorney.  While this may sound innocent, it is a ludicrous standard.  Putting aside that many judges did not have any significant experience as litigators before putting on their robes, this standard lets judges disturb the sanctity of jury verdicts without regard to the facts and records of a particular case based on how the judge felt it should have ended.  This is like Goodell changing the score after the Superbowl because he felt that the game should have ended differently.

Thankfully, on September 19, 2016, in the case of Ramon Cuevas v. Wentworth Group, the New Jersey Supreme Court implicitly overruled He v. Miller. The Cuevas decision, authored by Justice Albin who also wrote the dissent in He v. Miller, reiterated that for the judge to alter a jury verdict it must shock the conscience.  And that, while prior case law suggested that a judge should apply his own feel or experience, this “is not a sound or workable approach.”  The court noted a trial judge’s experiences are not part of the evidence or record in the case at issue and concluded that motions for remittitur “cannot depend on the happenstance of the personal experiences of the trial or appellate judges assigned to a particular case” as judges must administer “to the extent humanly possible… an objective legal standard.”

This is an important decision — whatever ideas people may have about lawyers or lawsuits — the fact remains that trial by jury is one of the founding principles of our great nation.  As Thomas Jefferson famously stated “trial by jury [is] the only anchor ever yet imagined by man, by which a government can be held to the principles of its constitution.”

The New Jersey Supreme Court removed a potential threat to the sanctity of the jury system.  It may have been a threat that they themselves created, but hats off to them none the less.

My location
Get Directions