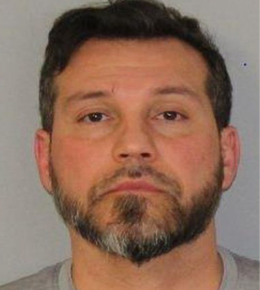 A Sexual Assault Survivor is Suing Former Union City Coach-Teacher Who Preyed On Her, and The School District That Allegedly Failed To Protect Union City, NJ Students From His Serial Abuse

Former Union City, N.J. high school teacher- coach Francisco ‘Mike’ Realpe – now awaiting trial on sexual abuse charges in Jersey City – today was named in a civil action alleging that in 2004 he sexually assaulted a 17-year-old student when he was her teacher and coach at Union City High School. The complaint also names Union City school district as a defendant for allegedly failing to protect plaintiff Jessica Garcia and other female students from being preyed upon by Realpe, according to her attorneys at the law office of Barry Corrado & Grassi, P.C.

The just-filed Complaint (Garcia v. Union City Board of Education, Francisco Realpe et al. Superior Court of NJ, Hudson County, HUD-L-001394-21)) alleges Realpe (2019 photo: www.hcpo.org), a Hoboken resident who is married to one of his former student-athletes, in 2004 “would openly engage in sexually explicit and flirtatious conversations with female students at the school” and that he used his position of authority to prey upon her and other minor students under his supervision. The claims against Realpe include child sexual abuse and seek unspecified compensatory and punitive damages through a jury trial.

Ms. Garcia, now 33, declined to file anonymously, as permitted in cases of child abuse, opting instead to file under her real name. Erika Lezama-Simonson, one of her attorneys, said, “Ms. Garcia believes it is important for other survivors to directly hear her story, in her voice, and for her to stand in solidarity with other survivors of childhood trauma.”

Ms. Lezama-Simonson said her firm’s pre-suit investigation revealed a pattern of misconduct on behalf of Realpe that appears to have gone on unchecked by his employers and supervisors. Attorney Oliver Barry, also of Barry Corrado, added, “Schools must take reasonable steps to protect the children under their care and that there were warning signs that Realpe was developing inappropriate relationships with the children under his care. As asserted in the Complaint, he made no secret of his relationship with another student of his, who he eventually married. It is hard for anyone to claim ignorance of that relationship as it was even featured in 2011 on an episode of the nationally syndicated television show Cake Boss.”

Realpe left his position in Union City in 2005 after being hired by the Jersey City schools. In 2019 he was charged by the Hudson County Prosecutor’s Office in relation to another incident with a 17-year-old in that district’s Dickinson High School where he taught and coached. He is awaiting trial.