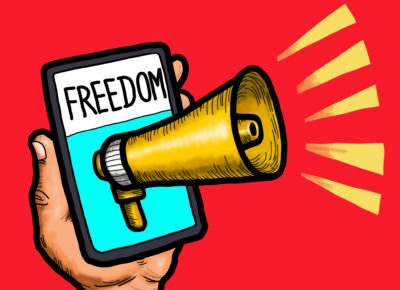 Nearly 60 years ago, the United States Supreme Court decided New York Times Co. v. Sullivan.  In an opinion authored by Justice William Brennan, the Court for the first time extended First Amendment protection to certain forms of defamation—a category of speech previously considered beyond the amendment’s scope. Sullivan held, as a matter of constitutional law, that public officials could not recover for defamatory criticism of their conduct unless they proved, by clear and convincing evidence, that the defamatory criticism was made with “actual malice”—knowledge or reckless disregard of its falsity. In essence, the Court declared that the First Amendment protected seditious libel—the criticism by a citizen or a media outlet of a public official’s actions.

Because it guarantees our right to criticize those who govern us, Sullivan is one of the Court’s most important First Amendment decisions. When it was announced, Alexander Meiklejohn, the philosopher and constitutional scholar whose view of the First Amendment informs much of the opinion, called the decision “an occasion for dancing in the streets.” Since then, and for the past half-century, Sullivan has remained the most potent, and most effective, expression of our First Amendment right to criticize the actions of our government and its officials.

Recently, however, Justice Clarence Thomas has questioned Sullivan’s legitimacy and asked the Court to “reconsider its jurisprudence in this area.” In 2019, concurring in the denial of a petition for certiorari, Thomas called Sullivan “a policy-driven decision masquerading as constitutional law.” He further suggested that the “original understanding of the First Amendment” did not include any constitutional protection for defamation, and that the Court should leave the balance between “robust public discourse” and reputation exclusively to the states.